If one has to emigrate, it’s a fortunate thing to be able to settle in a country where you speak the local language.

We landed in Scotland, though.

All joking aside, it’s been one of the best things that’s ever happened to us in so many ways. People have been kind, welcoming, and loads of fun.

And they have a lot of interesting ways of putting things.

Full disclosure: I have a master’s degree in linguistics. This means precisely squat. Actually, what it means is that I have a basket full of analytical tools that enable me to make observations that probably only I find interesting — but not the actual ability to find a job in my field.

The more one learns about any field, though, the more one realizes how little one actually knows, and how much there is left to learn. And this means that generalizations are dangerous and often wrong. 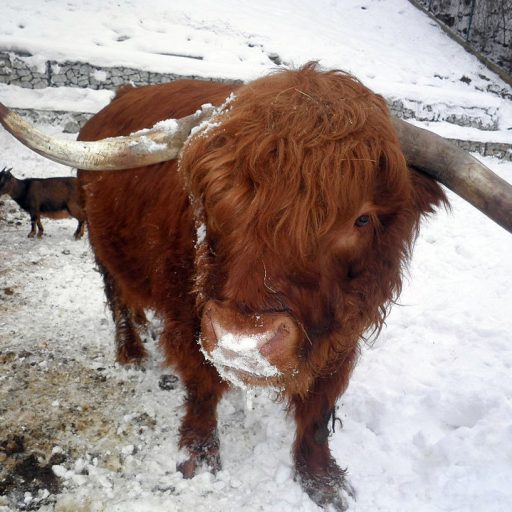 For such a small population — there are more people in my native Los Angeles than in the entire country — Scotland has an unbelievable amount of linguistic diversity.

We have Scots speakers, Gaelic speakers, and people who grew up speaking only English. There are islanders. And other sorts of islanders. There are English-from-England speakers, as well as folk from all across the English-speaking diaspora.

There are quite a few regional accents as well, and within those, accents touched by social class, education, generation, and a number of other factors. And there are probably lots of other divisions I haven’t even thought of.

What does this mean? It means that after two years my American ears can hear perhaps a dozen distinct and unique accents and identify them as being from Scotland, but not much more specific beyond that. So I won’t try at this point.

So, instead of generalizing my observations to all of Scotland, it would be more accurate to describe my observations as pertaining to “People that I have spoken with in Edinburgh.”

That said, today we shall discuss…understatement.

(And, yes, I realize that understatement is common all across the island. But this is…special.)

The first thing a visitor will notice upon conversing with the native population is the ubiquitous use of “wee.” Folk here use it a lot as an American might use the word “little.” Wee is essential in the Fine Scottish Art of Understatement.

Recently I took my pup to the vet for a checkup. The vets love my “wee dug.” My wee dug is a 100-pound German Shepherd. He’s a gentle giant — which I think is what one of the techs meant when she described him as “a be’ of a woos fer setch a big boy.”

Later, I received a call from my vet. They had found “a wee speck tha’s a be’ worryin’” Translation? It was a malignant melanoma half the size of my thumb that needed to be immediately, invasively, and expensively excavated.

A few weeks later, I received a call from my children’s high school. One of my children had experienced “a wee fall” and had “a wee bump” on their knee.

My first response, as you might expect, was, Why on earth are you calling me about this?

Then the school said, “An ambulance is on the way.”

Turns out, my child had dislocated their knee. The kneecap was actually sitting on the side of their leg. Emergency treatment was required, as well as physio, and a dire warning that this may happen again.

Someone else we know (also an American transplant) went to pick up their child from a high school trip to Europe. The teacher in charge of the trip pulled them aside and said there had been “a be’ of silly behavior” and that it was possible the headteacher might want to have “a wee chat” about it at some point.

The headteacher called promptly the next week.

Turned out, the “silly behavior” was something which, in the States, would be seen as jerky and inappropriate. However, in Scotland it could have been seen as a criminal offense.

The school went easy on the student, however, seeing as they were still acclimating to the culture. The student got off with writing a heartfelt letter of apology to the school community, and a year-long ban from school trips, including the long-anticipated end-of-the-year jaunt to an amusement park.

The disciplinary head who hosted the “wee chat” was a master of Weaponized Disappointment. I have experienced this myself, and can say that American schools would do well to put away every other disciplinary tool at their disposal and develop this.

Weapons-grade Scottish Disappointment is the single most effective tool I have ever witnessed. The quiet, sad tone. The heavy sorrow that is palpable in the air. The slowly shaking head. The doleful, soulful eyes. The sigh, followed by a statement to the effect that we know you’re better than this, but you really slipped up, mate.

When learning a new language, one tends to generalize outward. Which means that I have to wonder…what dire warnings have people been trying to transmit to me that I’ve been too thick to heed?

When my doctor said, “Och, yer blood pressure is a wee be’ eleva’ed today,” did she really mean “Nae worries, I’ve got the defibrilla’or charged and ready tae go”?

When the mechanic said “there’s a wee be’ of a ping under the bonnet” did they mean it’s time for a new engine?

One thing’s for sure, though. If my neighbor knocks on my door to tell me “there’s a wee zombie havin’ a butchers through yer back windy an’ i’ looks like it could use a cup of tea,” I’m outta here.