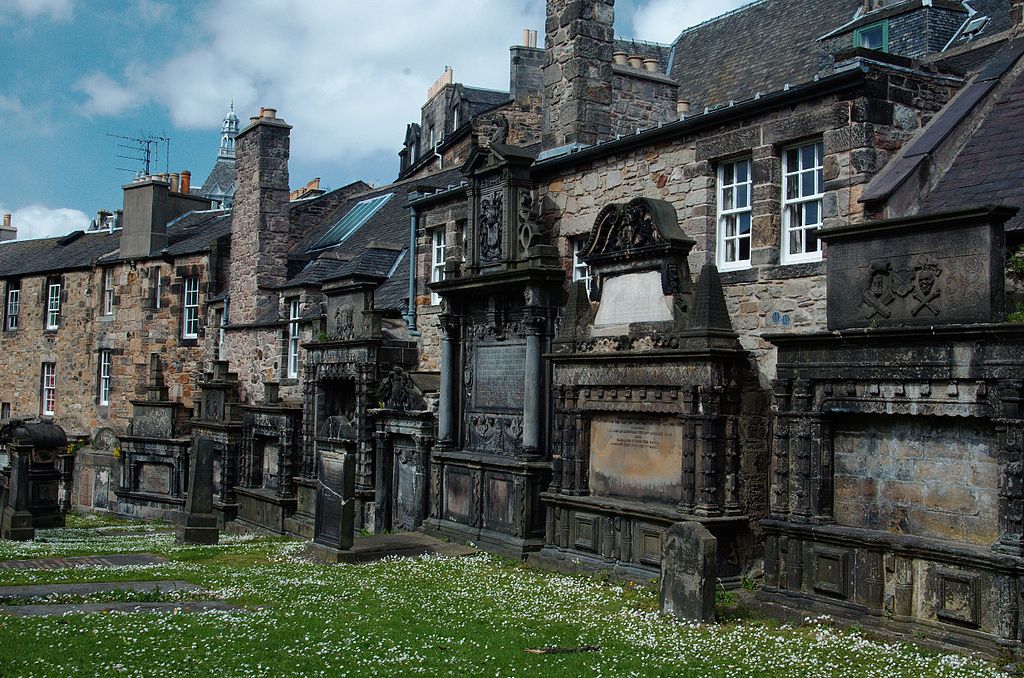 The persecution of the Covenanters looms large in Scottish memory, as it should. For several decades in the 1600s, the group of Scottish Presbyterians who signed a covenant denouncing both the Pope and English rule, suffered from terrible persecution. And, as any ghost-chaser knows, social and emotional upheaval are two reasons spirits like to stick around. Such is the case with MacKenzie, the ghost of Greyfriars Kirkyard.

Greyfriars Kirkyard, located in the center of Edinburgh, is a lively tourist attraction for many reasons. There’s the kirk itself, which is beautiful and historic. The surrounding cemetery is a picturesque place for photos, walking, and meditation. And then there’s Greyfriars Bobby, a faithful little Skye terrier who waited outside the kirkyard for 14 years after his master was interred there. Scotland loves its dogs, and after Bobby’s death in 1872, people quickly erected a memorial. Outside the walls of the kirkyard, you can see Bobby’s statue. Inside, you can leave sticks on his grave for the ghost dog to play with.

And then there’s MacKenzie.

The poltergeist MacKenzie is said to be the ghost of the Lord Advocate Sir George Mackenzie, who carried out one of the bloodiest sustained actions against the Covenanters. On June 22, 1679, fifty years after Scottish Presbyterians signed the Covenant, the king’s forces put the rebels down in a bloody battle called the Bothwell Brig.

After the battle, the King’s forces rounded up the remaining Covenanters and imprisoned them in a section of the kirkyard now known as the Covenanters Prison. They stayed there for months, suffering through the brutal Scottish winter. But it wasn’t only winter that tortured the prisoners. There was also “Bluidy MacKenzie,” who subjected the prisoners to starvation, sadistic torture, beheadings, and more.

Mackenzie reportedly enjoyed his work, and by the time of his own death, had killed a breathtaking 18,000 people, ironically, in the name of worshipping — the “right” way — the Prince of Peace.

Things were quiet for several hundred years after that. But then, in 1998, a vagrant seeking shelter disturbed MacKenzie’s slumber. In the intervening years, visitors have reported over 500 ghostly attacks, including:

In 2000, exorcist Colin Grant attempted to dismiss the foul spirit. He was not only unsuccessful, but died unexpectedly a few weeks later.

Are these events the work of Bluidy MacKenzie? Or merely a series of unfortunate events? What do you think?