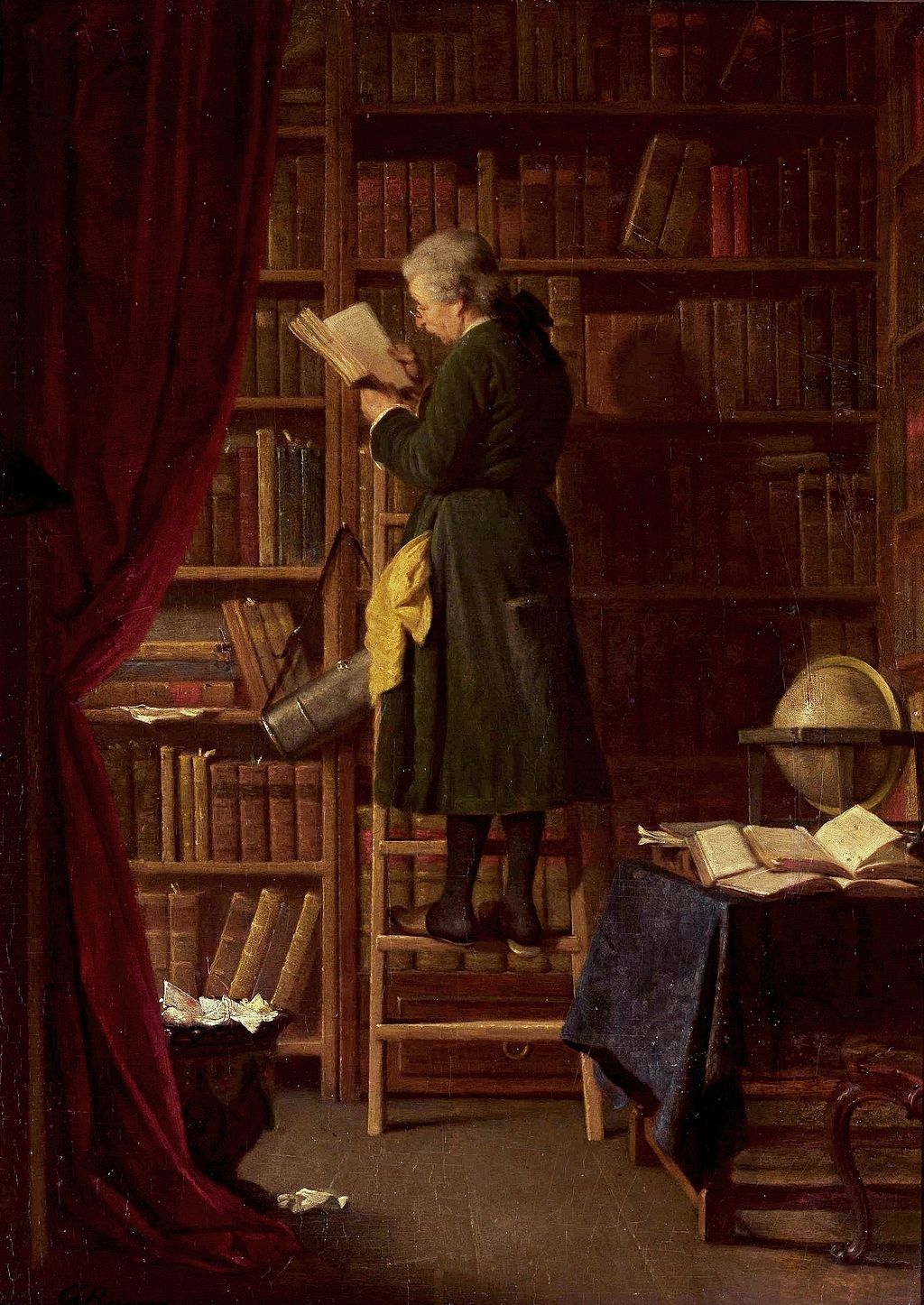 You have to admit, librarians have a certain mystique. Whether it’s that buttoned-down-but-secretly-sexy figure in cute glasses that you know has a wild side waiting to be set loose, or a secret master of the arcane, there’s no shortage of heroic librarians in literature and film. You can find book-magicians in Jim C. Hines’s Libriomancer series, for example. There’s also the TV and feature-length film series The Librarians, that features a delightfully nerdy cast of artifact hunters who, interestingly, never seem to crack a book. But real-life librarians quietly save the world every day, in numerous ways that most people never hear about. Here are just a few.

“There’s this book…I don’t know what it’s called or who wrote it, but it has a dog on the cover….” Does this sound like you? Never fear. There are librarians who specialize in rendering exactly this kind of help.

When the New York Public Library’s queue of “what’s that book” questions reached critical mass, reader services librarian Gwen Glazer assembled a crack team of librarians to track down the titles patrons were desperate to read. They dubbed it the Book Quest Hackathon, and over the course of the day, librarians from across NYPL’s various branches used the power of the Internet—and their social connections—to identify and track down readers’ requests.

Who knew that so many people would go to so much trouble to reunite people with the books they loved?

Libraries in the United States provide a stunning array of low-cost and no-cost services to patrons. From free internet and computer usage to classes and workshops, if you want to learn something or better yourself, the answer can often be found at your public library. Some libraries offer free legal clinics for people who need legal advice. You might also find job skills workshops. If you need a flu shot, many libraries partner with the local health department to provide them for free. Want to learn how to use a computer, or speak a second language? Chances are you can do it for nothing, or next to nothing, at your public library.
The library also provides a day-haven for people who have nowhere to go. People at risk for social exclusion can find a calm, quiet place to read or grab a cup of coffee. Parents of small children can take a break while their kids enjoy story times, craft activities, or scheduled kids’ movies.

On the Front Lines of the Opioid Epidemic

On a more serious note, you’ve no doubt heard about the opioid epidemic. What do librarians have to do with it? Well, unfortunately, some addicts have found the library to be a safe place to shoot up. In fact, one Philadelphia library had to close for three days after used needles had clogged its sewer system. Librarians find themselves evicting drug dealers, cleaning up used syringes, patrolling bathrooms, and even acting as de facto first responders by administering Narcan when patrons overdose.

Keeping the World Safe for Democracy

When various freedoms have been at risk, librarians have stepped into the breach to protect them.

The American Library Association’s Office for Intellectual Freedom defends intellectual freedom on a number of fronts. They have worked tirelessly to keep banned books on the shelves, to challenge book bans, and to fight censorship on every front.

When the Federal Government wanted to secretly peek at patrons’ checkout records, the American Library Association took them to court. And when the FBI insisted on snooping on patrons’ records, libraries across the country put up signs warning patrons about this activity. They also changed their record keeping systems so that checkout records were destroyed once a book was returned.

Today, many libraries provide digital privacy workshops to teach patrons how to be safe online. And many others only use browsers that don’t track user data.

Librarians save the world every day, in ways big and small–in some ways that make headlines, and in other ways that no one ever notices. So next time you visit the library, thank a librarian.