“Can’t we just skip today?” My son asks, as we wait for the bus to go to Saturday Tae Kwon Do.

I like to think he’s beginning to recognize the importance of regular and deliberate Acts of Discipline — that is, doing something even when you really, really, really don’t feel like it. Just because.

That’s not to say no one should ever take a break. It’s important to rest and recharge, often. It’s also important to respect that voice that says maybe it’s not the best idea to push yourself in this particular instance. The problem is, though, that — at least from my experience — if you coddle I don’t wanna often enough, it turns into quitting. Worse, it becomes easier to give up on other aspects of your life as well. Especially in things that no one likes, like keeping house, exercise, and eating your veg.

Yes, rest, recuperation, and recharging are important. Self-care is important. But a lot of us, and I include myself, cut ourselves a bit too much slack sometimes. A lot of us overestimate our need for a breather, and overestimate the necessary magnitude of that breather. To our detriment.

Scrolling though the various social media channels I’m forced to use to promote my “artist brand,” (it’s an Act of Discipline) there’s a relentless, inescapable avalanche of memes and messaging to the effect of “just stay home and watch TV,” “socializing is bad,” “people are scary,” “doing stuff is overrated,” “self-care means binge-watching, binge-eating, and living in your jammies.” Also, “SLEEP.”

It’s hard, sometimes, to get moving on things when the entire internet seems to be  saying “It doesn’t matter, just pull the shades and stay in.” It’s disturbing to hear my active, outgoing teens parrot things they’ve obviously read, like “It’s too people-y out there. Can’t we just lay on the couch all day and watch TV? Self-care is important.” It’s really horrifying to see apathy presented as something to aspire to. 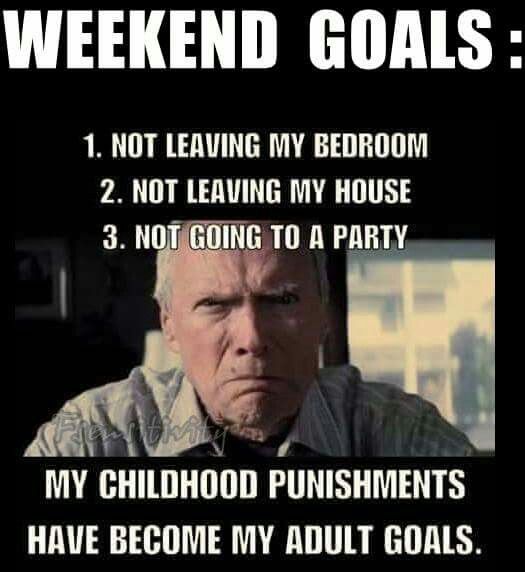 The small, conspiracy-minded part of my brain wonders if it’s not deliberate. It is, after all, cheaper than putting everyone on Soma. And less expensive, too.

Regular and Deliberate Acts of Discipline keep me off the couch and out of comfortable ruts.

The idea of the Individualist, the Outcast, and the Rebel is an integral part of the American psyche. Our entertainment is filled with the archetype of the person who saves the day by going against the grain, ignoring “expert” advice, and “following their gut.” That’s an empowering story line. But, like any plot device, it can get in the way if a person takes it too much to heart.

Another American archetype is the person who Thinks Outside the Box, does things differently, and — this is important — is So Special and So Gifted that they don’t have to follow the rules — or gain the basic skills — that the rest of us do. There are individuals like that. I’ve met them. But they’re far and away in the minority. And the fact is that for the rest of us, if we want to accomplish great things, we have to do the work.

Acts of Discipline are the building blocks of Great Things.

I’m new to Discipline, and I came to it pretty late in life. Like a lot of people, when I was younger, I experienced Option Paralysis. There were so many things I wanted to do and had the ability to do and had the support to do, that I didn’t know what to choose. I tried a number of things, with varying success, but never followed one course in the methodical, plodding way necessary to accomplish more than the basics.

The Cure for Option Paralysis

When you have children, your options narrow dramatically and overnight. When I was a single young adult, I had so much free time I didn’t know what to do with it. I watched a lot of TV and went to a lot of parties. Once I had children (two less than 1-1/2 years apart) I could count my “free” minutes each day on one hand. This may sound like complaining, but it’s not. Suddenly, I wasn’t drowning in options. Suddenly, I had to choose what was important to me and do it with all my heart.

The two things that turned out to be the most important were writing and Tae Kwon Do. I was naturally pretty good at writing, but I’d no idea what kind of writing I wanted to do, or how to go about it. I’d always gotten by with minimal effort, and hadn’t put in the work. As for Tae Kwon Do, I’d done it quite a bit as a child, but hadn’t touched it since. I loved it, but I was starting over.

Both writing and TKD proved to be Conveyor Belt exercises. That is, there are steps everyone has to go through. You do the steps, you take your test (or submit your story) and either you succeed or fail. If you fail, you can quit, of course. Or you can go back, figure out your mistakes, and have another go. How badly do you want it?

Tae Kwon Do, especially, can be like this. At the school where I reconnected with TKD, the curriculum was very explicit and standardized. Everyone knew what they had to learn, and when they’d learned it well enough to test.

More importantly, everyone learned to say “yes, sir,” and “yes, ma’am,” no matter what the instructor told you to do. We did a lot of pushups. To this day, I can still do 100 of them in a row without blinking. Because every time we tested, we had to finish with 100 pushups — and this was after a physically grueling three to six hours of sparring, techniques, breaking, and endurance exercises. 100 pushups? Yes ma’am. You want me to break garden bricks with my hand? How many and how do you want me to break them, sir?

Riding the TKD conveyor belt gave me the discipline — the unthinking acceptance that if there was something to be done, I’d jolly well do it — to finish my first book. And, as I tell anyone who asks me about writing, the major reason writers don’t get published is that they never finish their first book.

There are times when I don’t want to write. Really, really don’t wanna. But I’ll tell you a secret — those times are far more common than the times I feel borne aloft on the wings of inspiration. If I waited around for inspiration to smite me, I’d never have finished Book 1.

Another secret: if you have a plan, you can bang out the next scene even if you’d rather be taking a toothbrush to the grout. Sure, it’ll suck. But first drafts always suck. It ’s the rule. Anyone who tells you they only write one draft is either lying or unsuccessfully self-published. And this isn’t a swipe at self-publishing. The self-published authors I personally know sell more books than I do. They’re successful because they work really hard at their craft and write amazing, well-crafted books. But dollars to donuts they do more than one draft.

Three and a half years ago, I lost 36 pounds with Weight Watchers. This was another Magic-of-the-Conveyor-Belt thing. WW is a system. I locked into the system and the system worked for me. YMMV. However, over the course of last summer, I gained 7 of those pounds back. There was a health crisis in our household, and I was stressed, and I indulged in Self Care Through Pizzas and Bags of Sweets. I’m sure the Internet would applaud how willing I was to Buck Expert Advice and Do What I Wanted When I Wanted How I Wanted. The Arbiters of Meme would congratulate me for Being The Best Me I Could Be and Finding Self Esteem No Matter What.

But damn it, what *I* wanted was to fit into my clothes again.

A friend mentioned that last December she had done the 5K A Day challenge. I don’t mind running. It’s efficient and Scotland is beautiful, and I’ve done so much running already, it’s dead easy.

But I hate running in the winter. I despise running in snow. If it’s colder than 60, I don’t wanna and you can’t make me.

Nonetheless, against the advice of the Internet and that little voice in my head, I took up the challenge. In January. In Scotland.

Granted, this winter was pretty mild. It’s the end of January, now, and it’s just kissed freezing. But the memories of running last winter in the snow and negative numbers made me seriously rethink the entire exercise.

But I made myself do it anyway. It was an Act of Discipline. And it wasn’t so bad. I’m used to running longer distances. 5K, for me, is a pissy little run hardly worth doing. When I run, I often do twice or three times that. But I never run every single day. Never ever. The problem was, every day off made it that much easier not to go back. Four runs a week turned to three, then to two, then to…uh…shouldn’t I be cleaning the grout instead?

5K was a real challenge — not because it’s hard, but because it isn’t. The idea of begging off from such a short, pissy, trifling little distance was humiliating. So I did it. Every damn day. Almost. I refuse to run on Tae Kwon Do day. But Mondays I always make it up by doing a double.

At the end of the month, I still haven’t lost those 7 pounds. They may be there forever. But my clothes fit again, and I look damn sharp in them.

And also I don’t hate winter running so much anymore. I made myself do it, so now I know I can do it, and I’m ashamed if I don’t do it.

And you know what? I’m pretty sure I’m going to do it again in February. I won’t promise to run 5K a day for the rest of my life, because for sure I’d find some way to rebel against it. But for another month? I can do that. Just gotta get back on the conveyor belt.

Acts of Discipline are rarely easy — at first. And they’re rarely fun — ever. But it’s still important to undertake them from time to time. Because inspiration fades. The Muse goes on vacation. But if you can push through a project even when you’re rather be scrubbing the grout, you don’t need those fleeting fantasies at all.